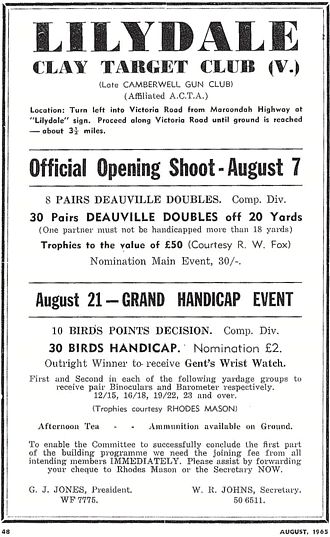 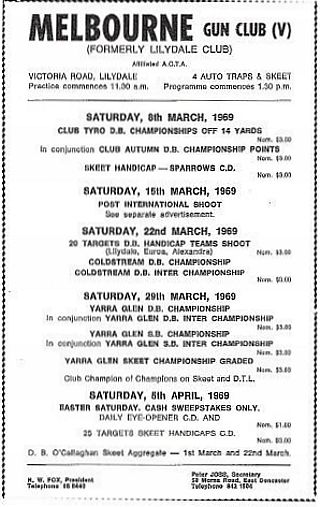 Our Grounds at Yering

The grounds at our current location of Victoria Road, Yering were formed in 1965 when the members of Camberwell Clay Target Club sought a new location.

The Camberwell Clay Target Club, located on Bulleen Road, held their last shoot on the 3rd of April, 1965 and the first official shoot at the Lilydale Clay Target Club at the current grounds was on the 7th of August, 1965. G.J Jones was the President and W. R Johns the secretary. DTL was the only discipline held at the club around that time.

It was in 1968 that the club took a big leap forward when the nearby Croydon & District Clay Target Club, which was located on Maroondah Hwy at Hughes Park, was to close due to expansion.

Here are some of the major events during the clubs history.